Kinetograph was inspired by Jai Sen’s essay, “Other Worlds, Other Maps: Mapping the Unintended City,” in which Sen discusses mapping tactics as a means to make visible those who are invisible, and therefore marginalized on official maps of the city of Kolkata, India.

The Kinetograph performances and resultant drawings make visible the urban planning and topography of the Augusta, Georgia neighborhood of Summerville. The Kinetograph is a drawing machine which is strapped to the artist’s waist and shoulders, causing the machine’s pendulum and chalk to swing in direct response to the body’s movement through the landscape.

Yielding a set of nine drawings, the project illuminates motion and the neighborhood’s terrain through one-way and roundtrip excursions to various destinations in the Summerville neighborhood. With the neighborhood hilltop in mind, many of the drawings depict walking the one mile distance up to the top of Summerville, as expressed by one chalk color on the paper, followed by the return trip back down the hill, as expressed by a different color of chalk. Political in nature, the performances repeatedly underline the vertical movement up and down the hill, emphasizing housing inequalities from hilltop to base. 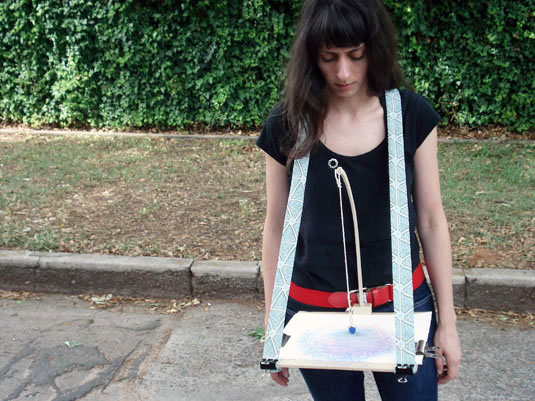 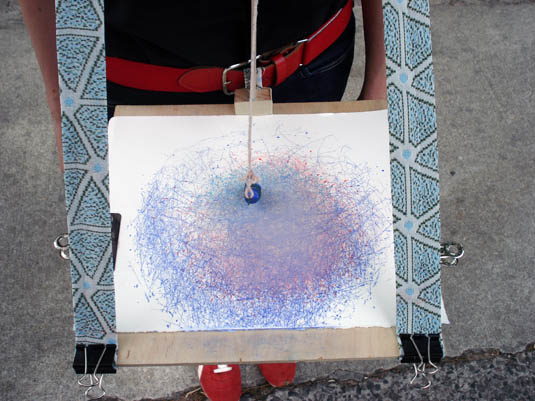 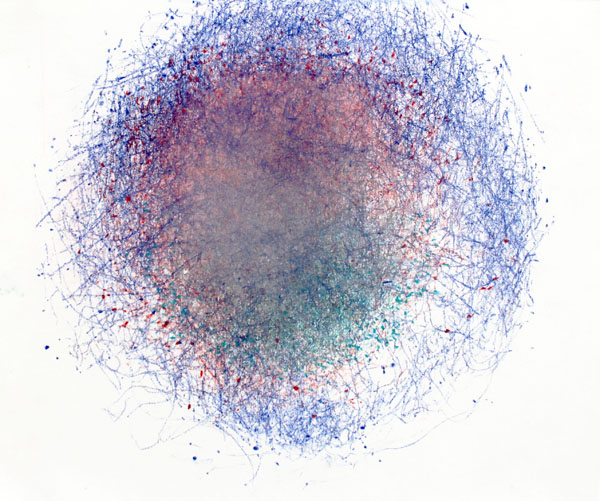 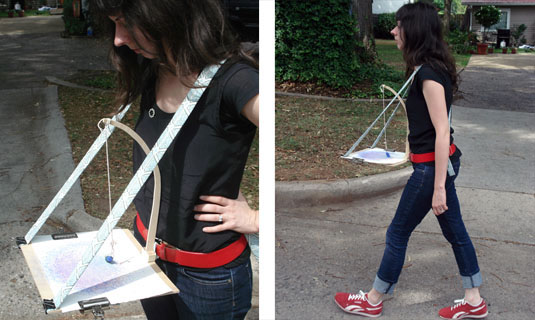 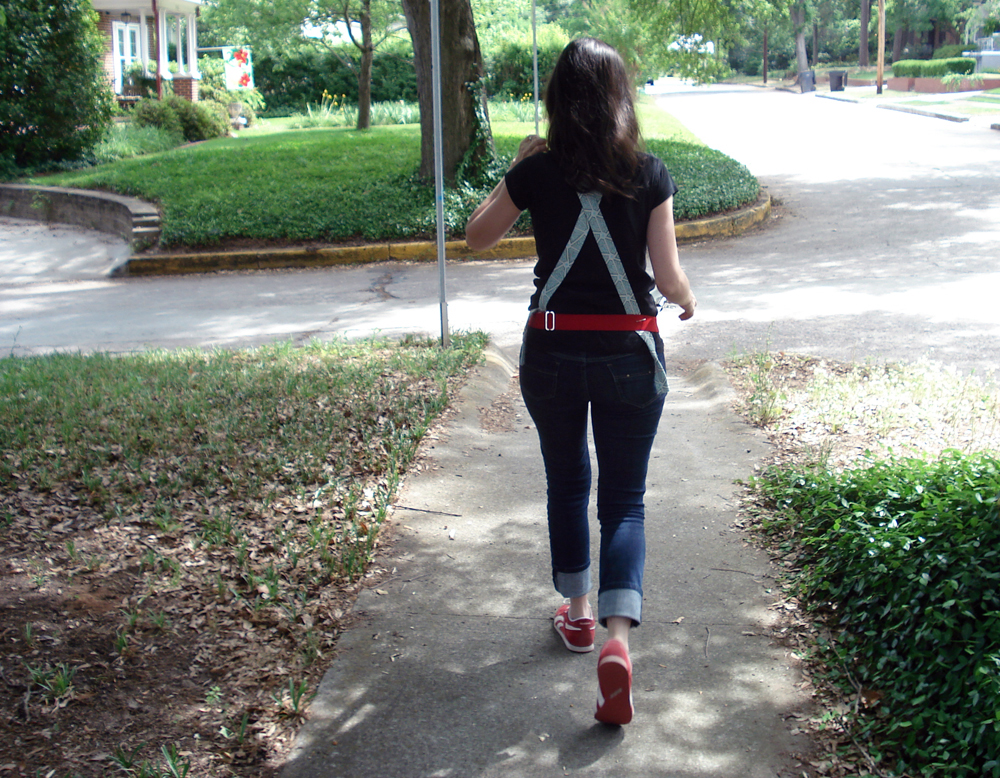 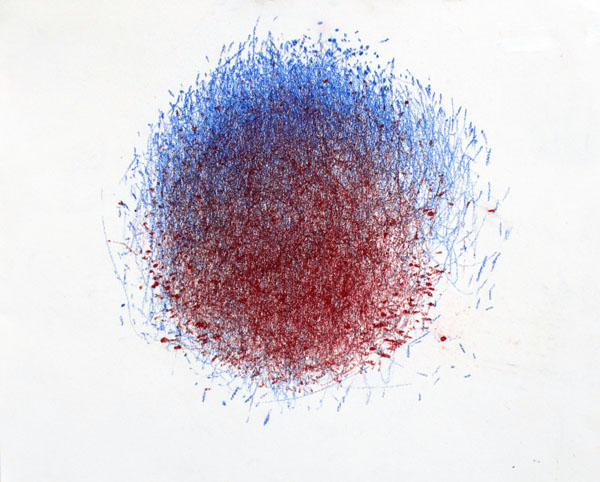 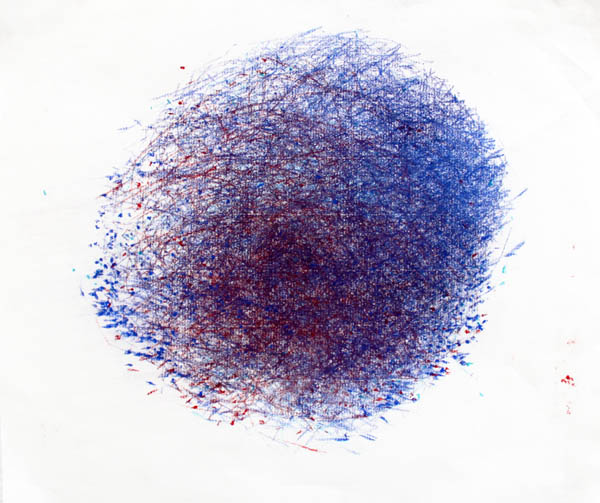 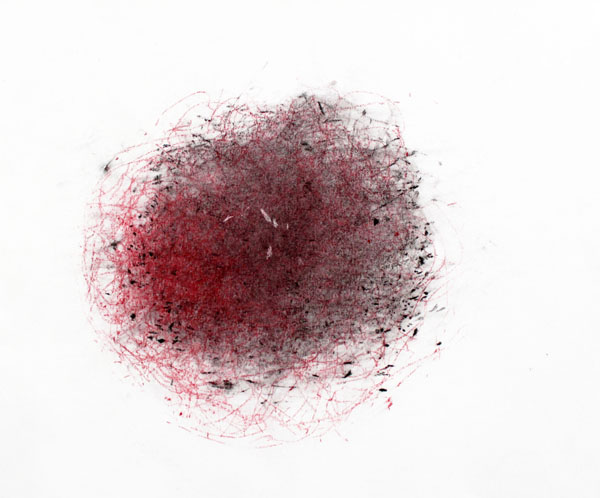 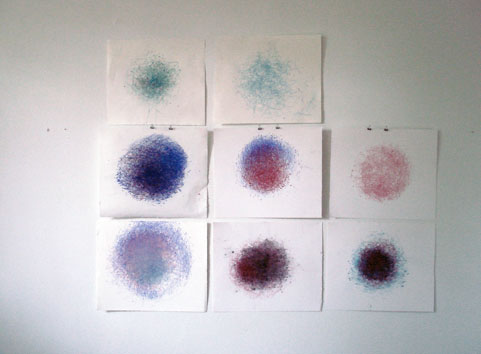