The National Building Arts Center, a conservatory at the former Sterling Steel Casting Company building in Sauget, Illinois, houses more than 300,000 historic building artifacts in hundreds of designs and patterns. The 15-acre site served as a study center for creating Piling. During the 19th and 20th centuries, Saint Louis was an epicenter for the manufacturing of building materials, and much of the face and ornamental brick found in major US cities originated there. By the late nineteenth century Saint Louis had also become a center of cast iron production with numerous foundries based within the city that produced architectural cast iron storefronts and columns. Today there are many examples of these cast iron pieces within the National Build Art Center’s vast collection, some of which lay in open fields on site.

Site visits to the repository were completed in order to view, photograph, and draw these cast iron remnants, followed by dying fabric, hand carving relief block plates, and printing eighteen columns onto the fabric. The printing blocks themselves slowly broke down over the process of printing, resulting in unpredictable variations and ghostly impressions from column to column. This slow disappearance of the matrix parallels the erasure of structures from Saint Louis’ material culture, namely the cast iron storefronts cleared on the historic riverfront to make way for the Arch. Today you can find an important example of one of these iron storefronts installed at the Gateway Arch Museum, courtesy of The National Building Arts Center.

Piling raises a complicated view of the American city that addresses structure and collapse, labor often unseen and forgotten, and utilizes the democratic potential of printmaking to build a singular column from a stack of multiples. The piece hints at the interpretation and reinterpretation of ornamental imagery and its influence on our lives. With several hundred buildings demolished each year in Saint Louis, this pattern of erasure robustly continues today, and dwelling rights are inherently tied therein. 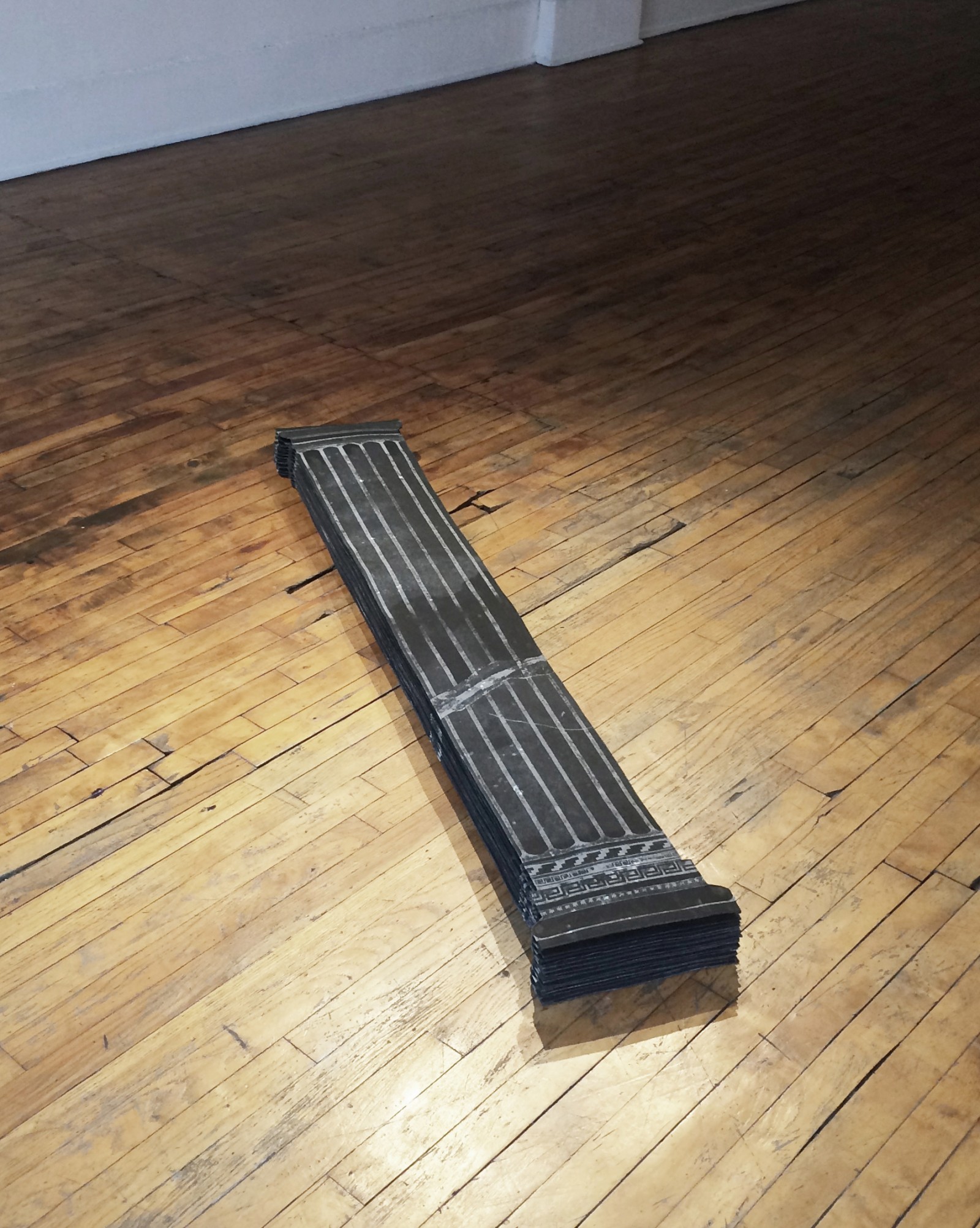 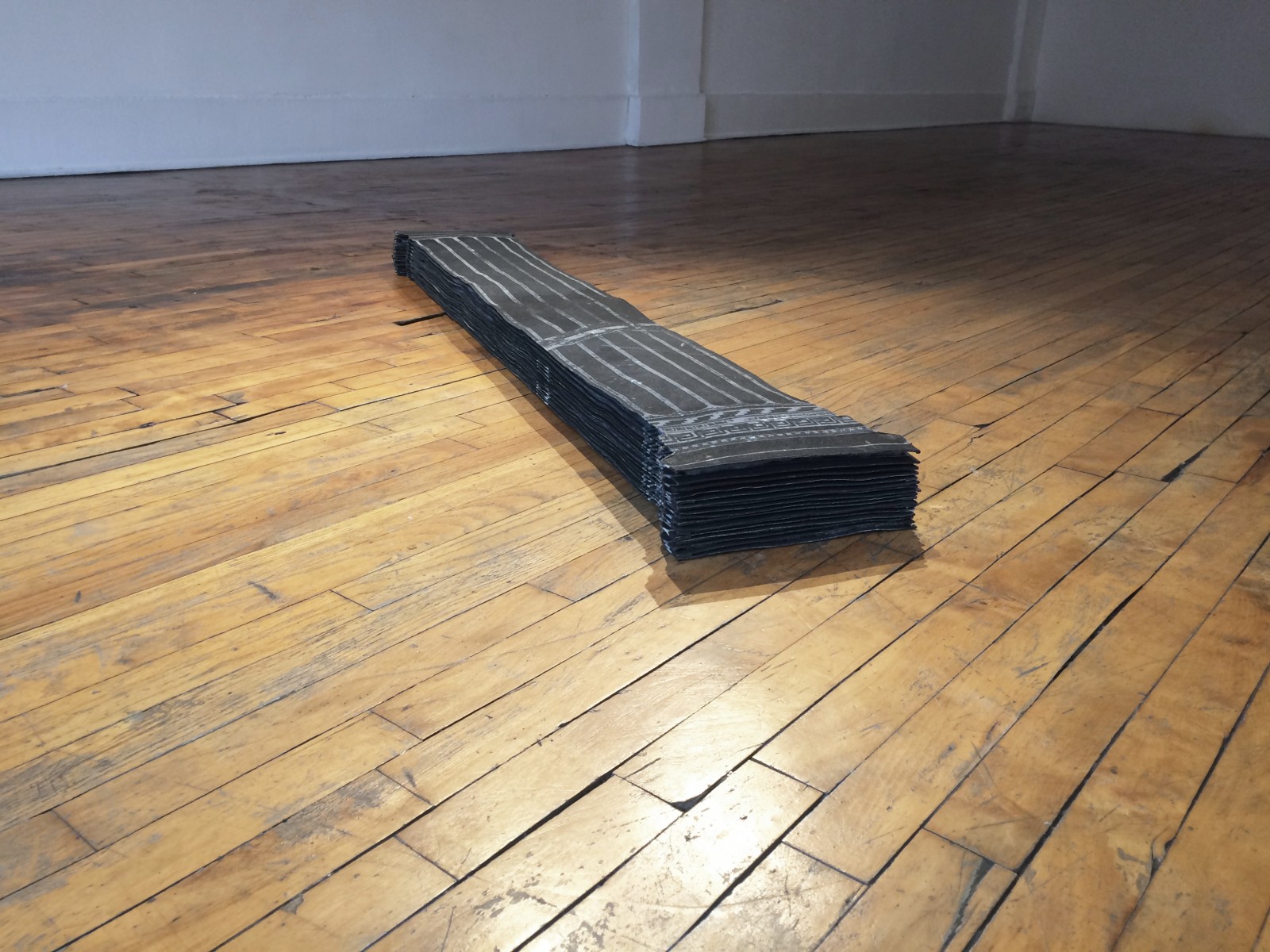 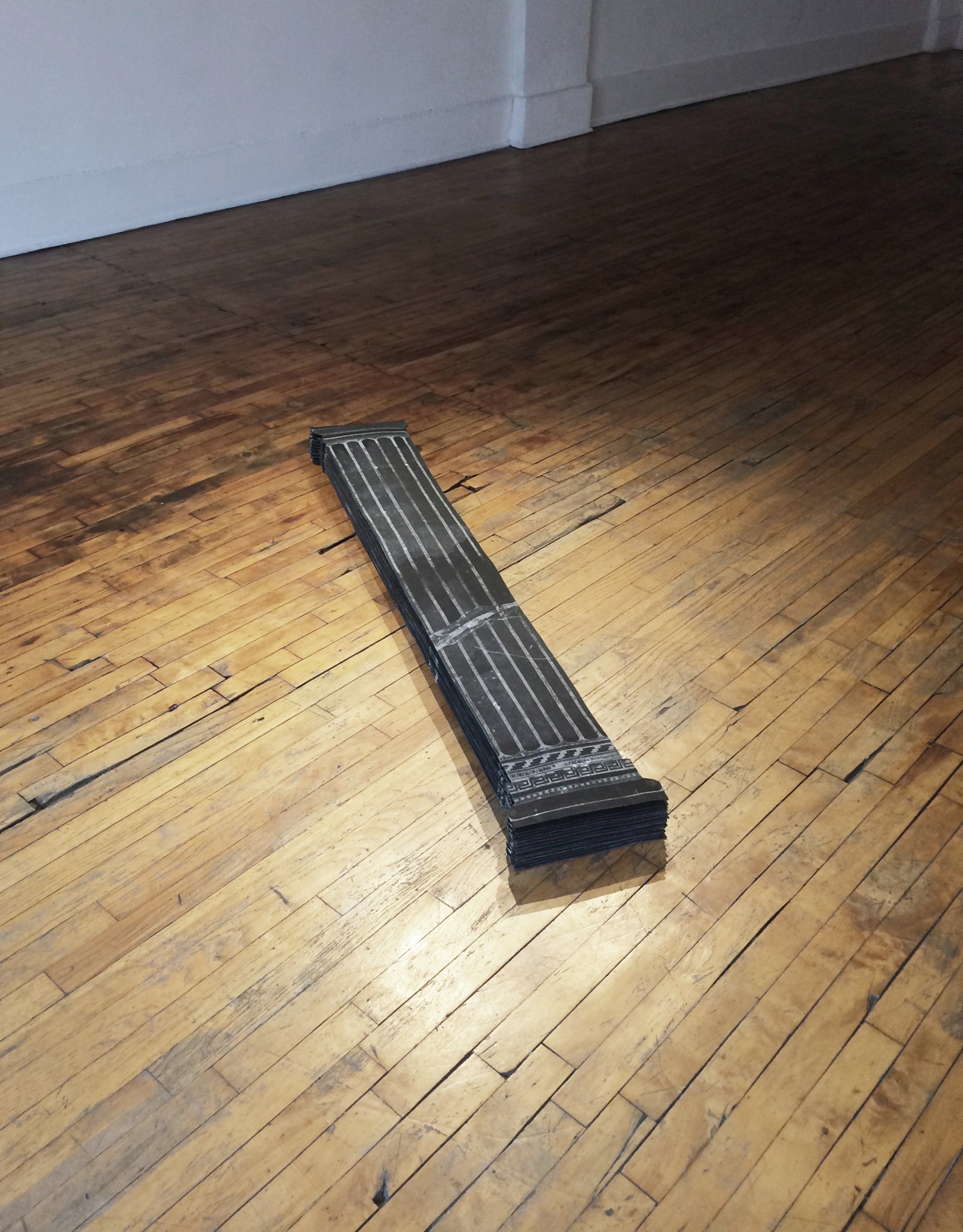 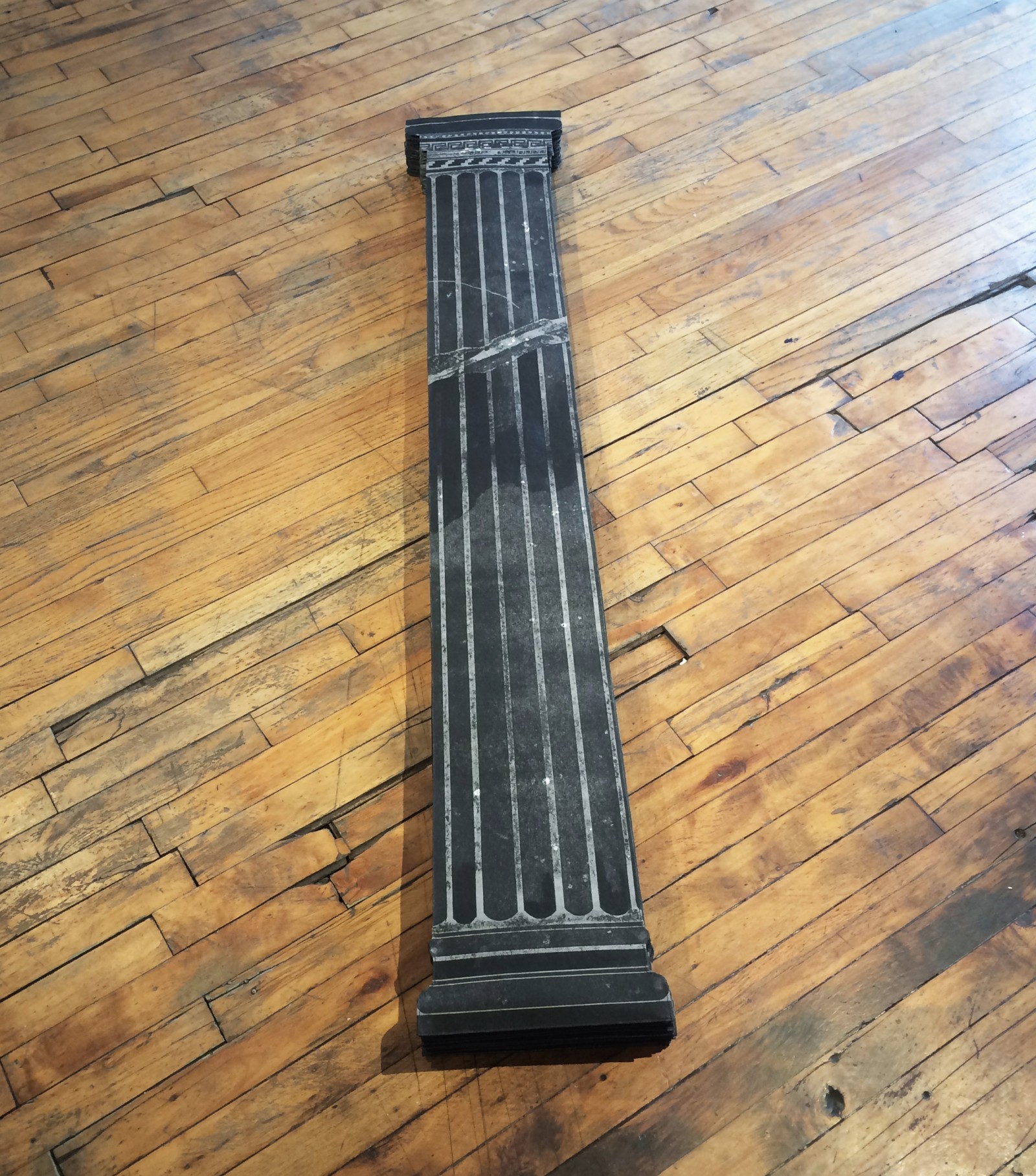 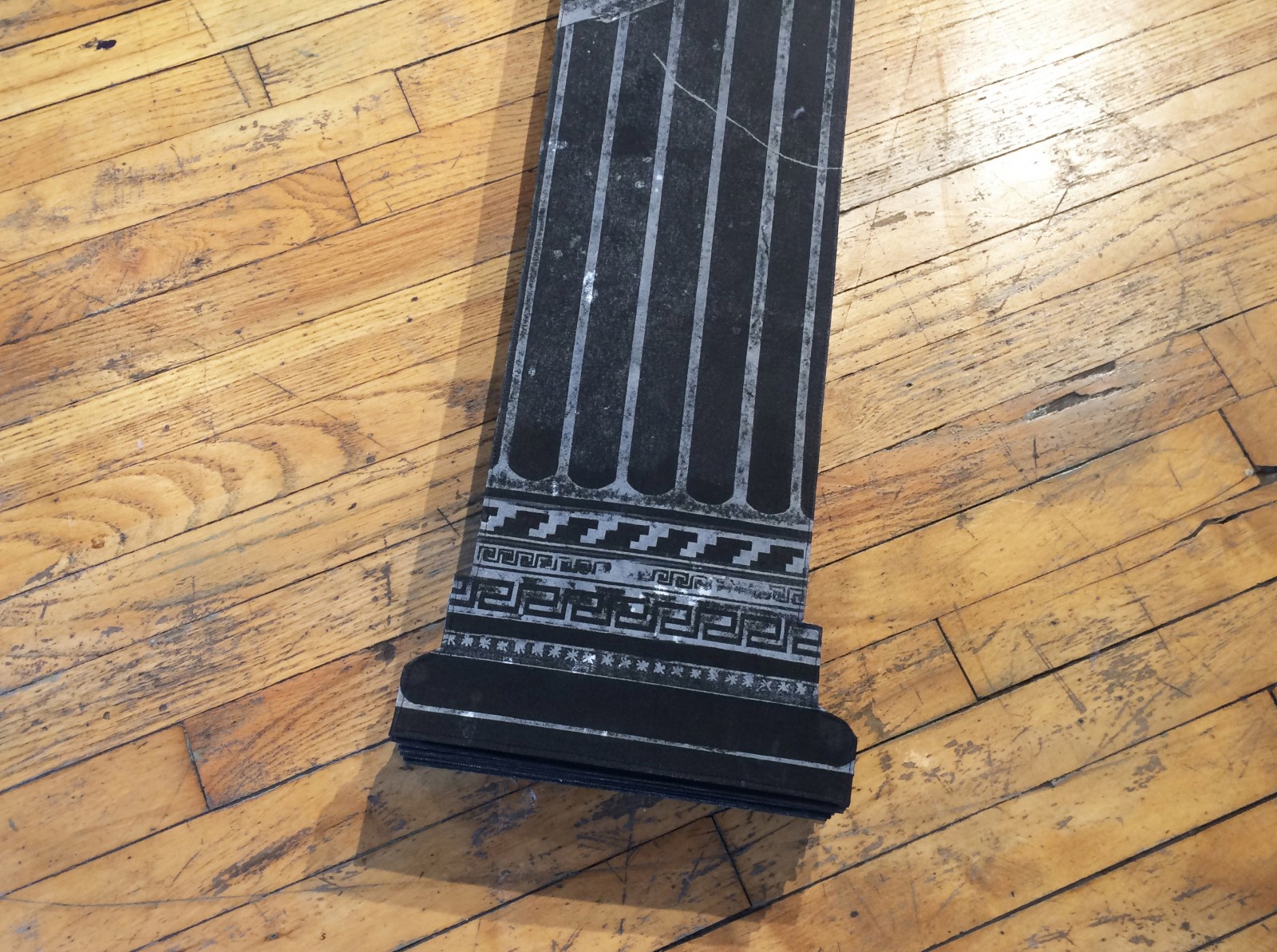 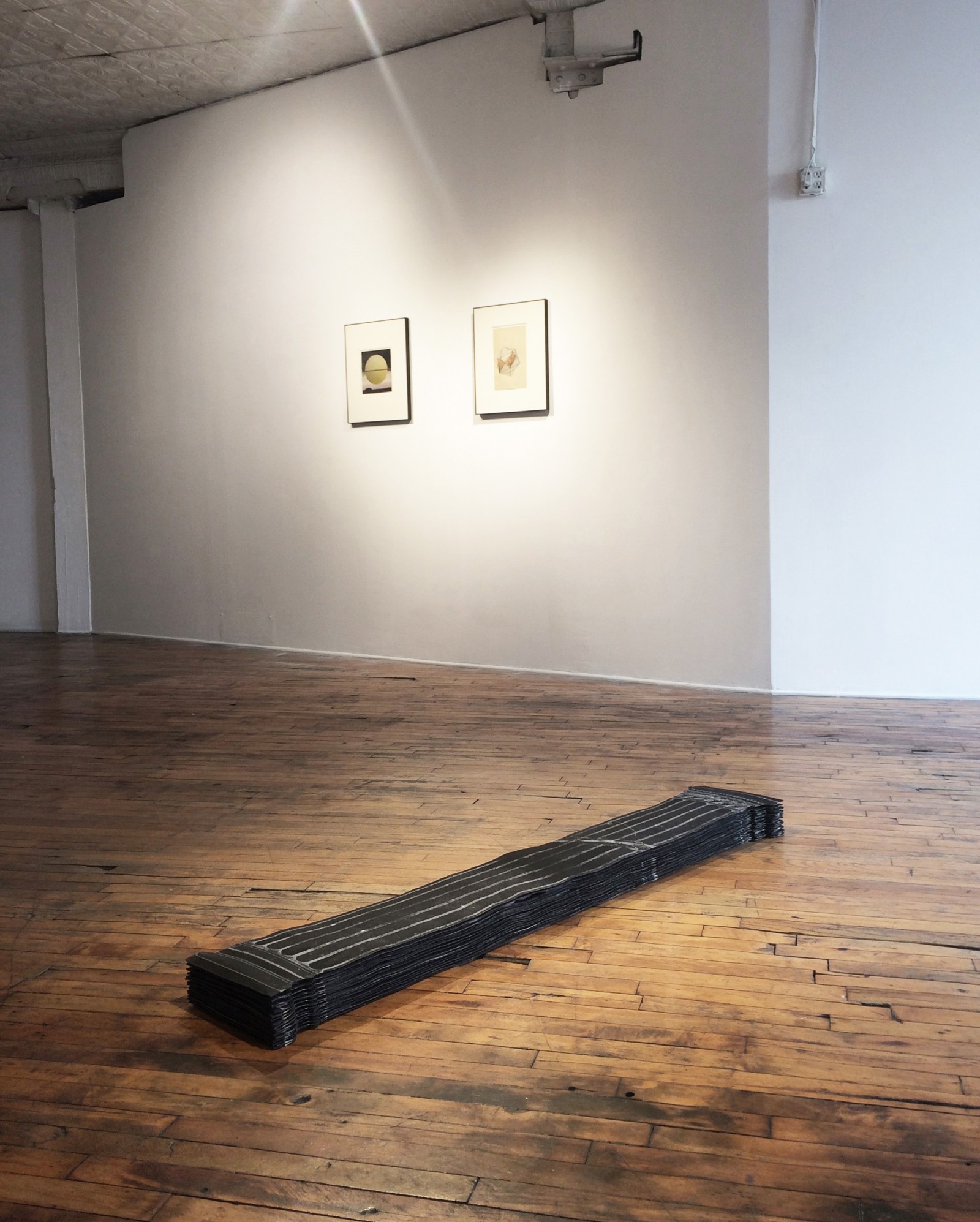 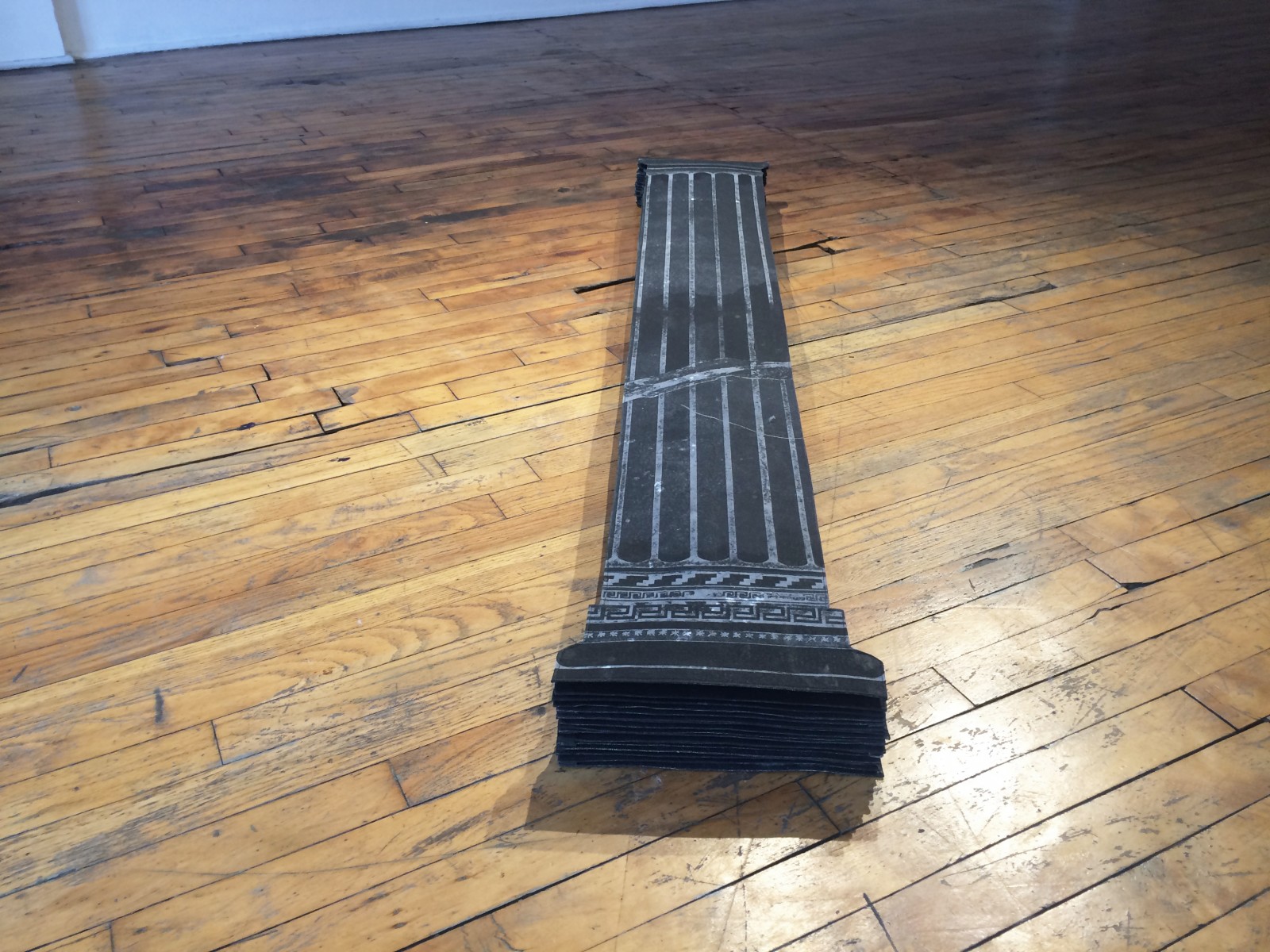 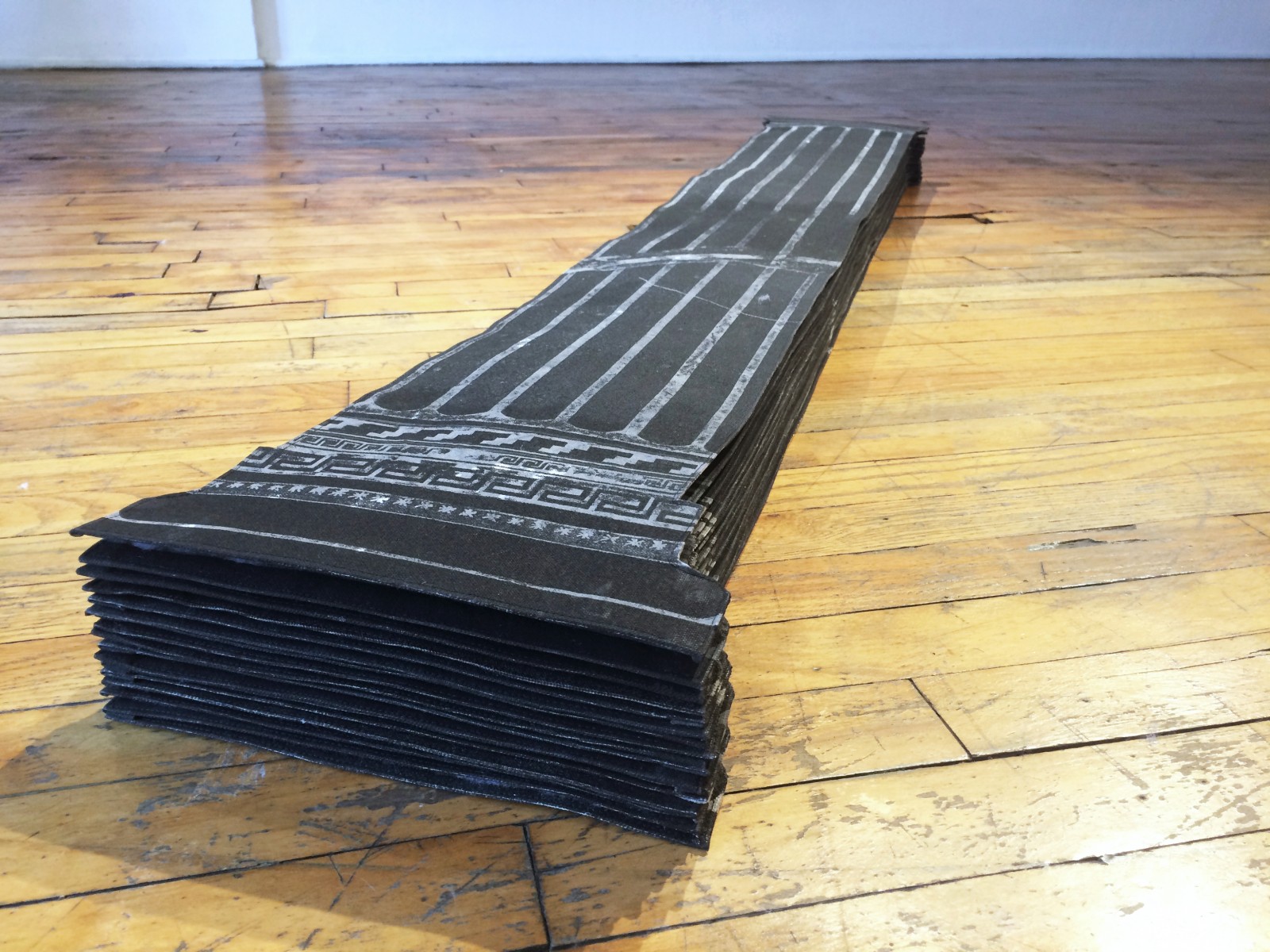