Brick Myth is inspired by Persian pleasure-pavilions: ornate, paneled tents pitched outdoors for entertaining and gathering. This tent utilizes ornamental patterns based on rescued 19th-century ornamental brick. The National Building Arts Center, a conservatory in Sauget, Illinois, houses more than 40,000 ornamental bricks in hundreds of designs and served as a study center for the tent. During the 19th and 20th centuries, Saint Louis was an epicenter for the manufacturing of building materials, and much of the face and ornamental brick found in major US cities originated in Saint Louis.

Brick Myth is also inspired by the Saint Louis Art Museum’s recent exhibition The Carpet and the Connoisseur as well as Persian miniatures from the permanent collection. Like the rich sunshades, awnings, and fabric pavilions found in Persian miniatures, Brick Myth’s fabric architecture is delicate. Ornamental bricks stack up the rust-like structure and hover over reclining viewers. The tent raises a complicated view of the American city that addresses structure and collapse, and quotidian imagery’s influence on our lives.

During 2016 and 2017 Brick Myth was exhibited at Roman Susan in Chicago, Indiana University Southeast, Seed Space in Nashville, and at an evening pop-up event held at 3301 Magnolia and the Saint Louis Art Museum.

Special thanks to the Mid America Print Council for making this project possible. 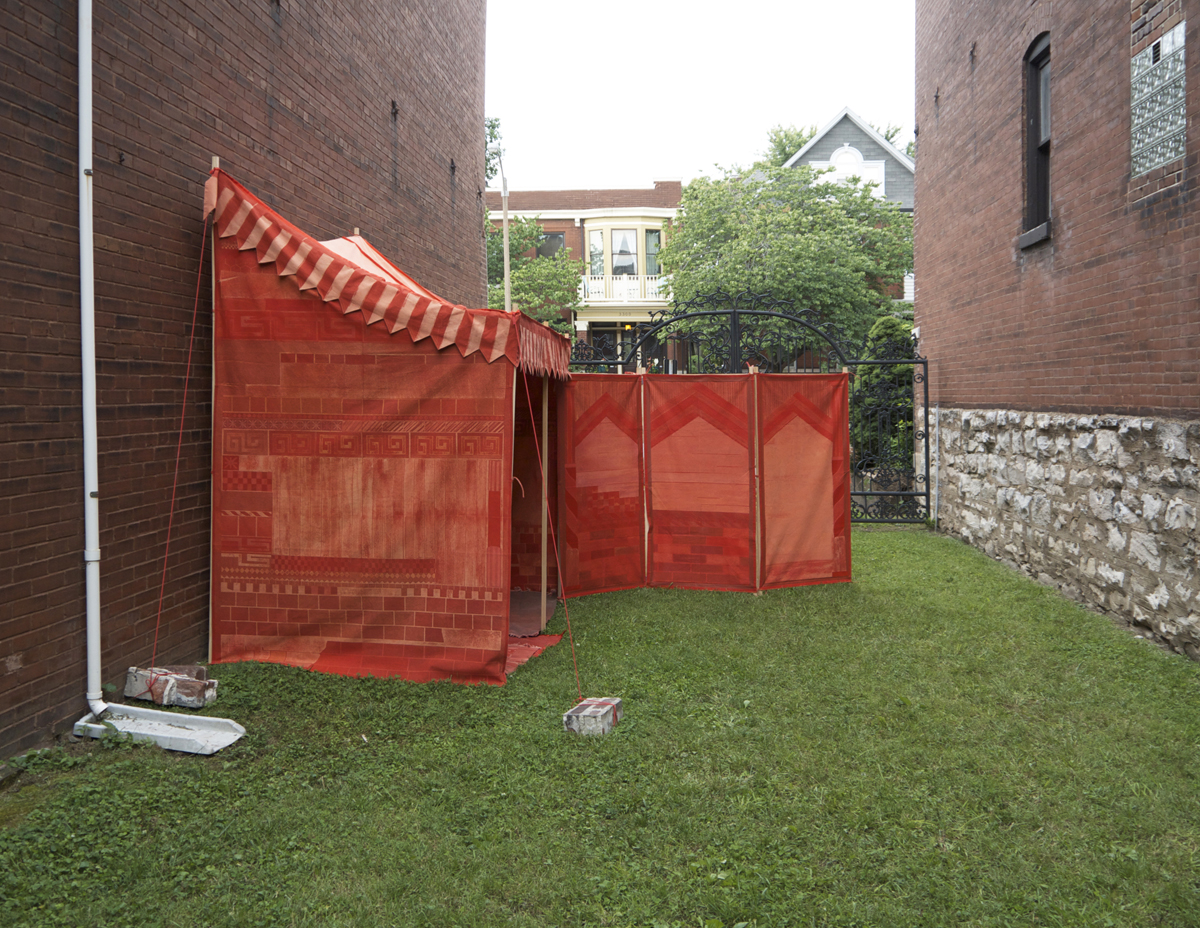 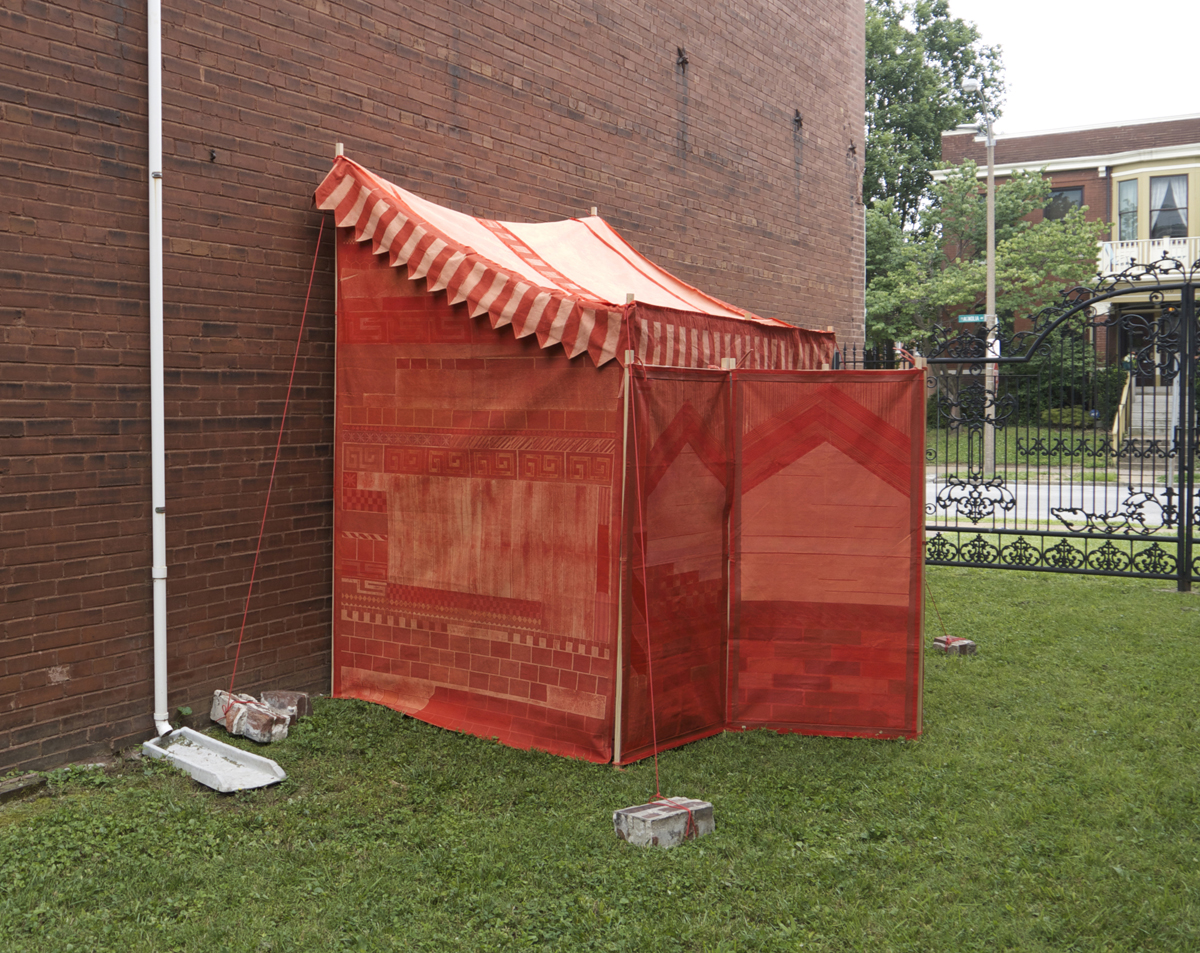 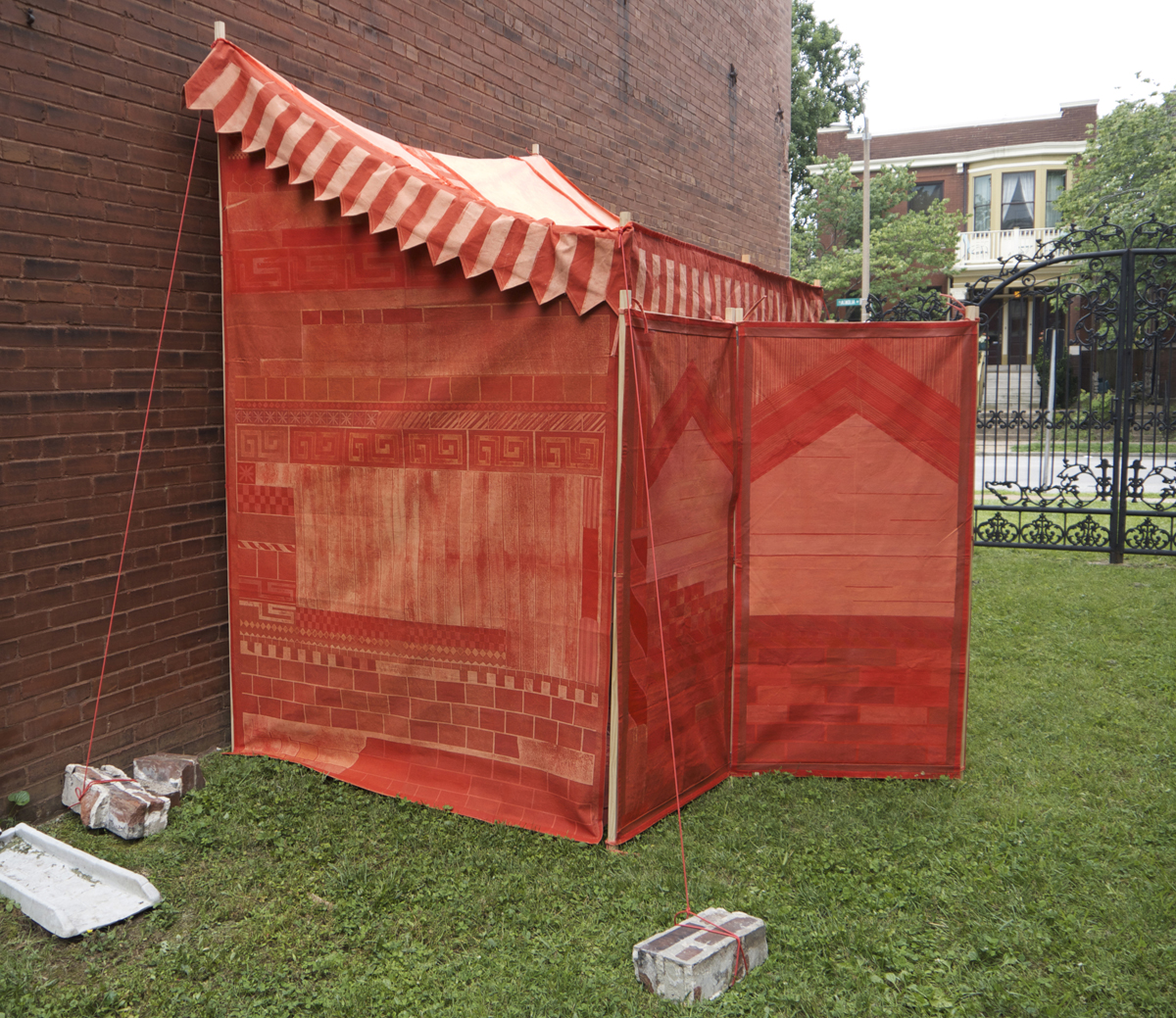 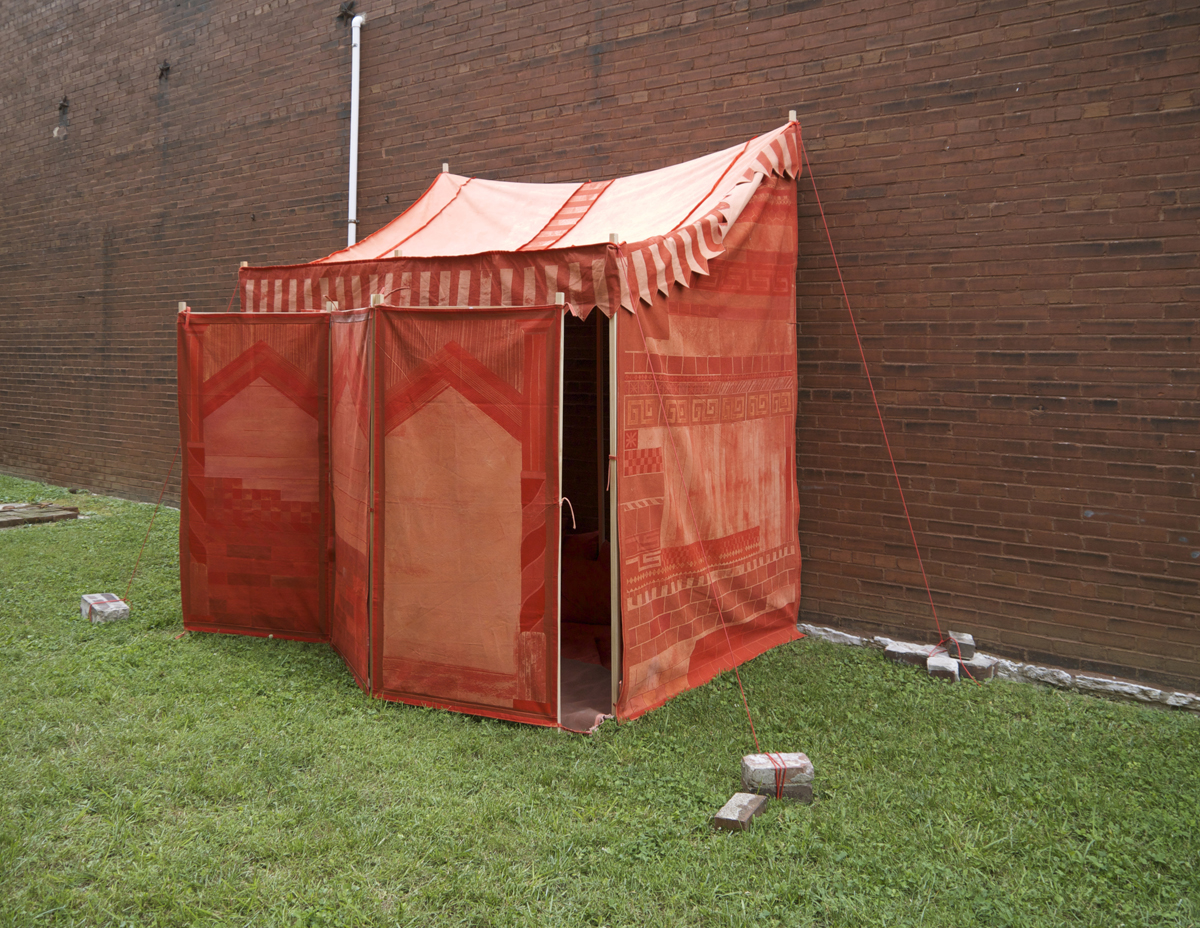 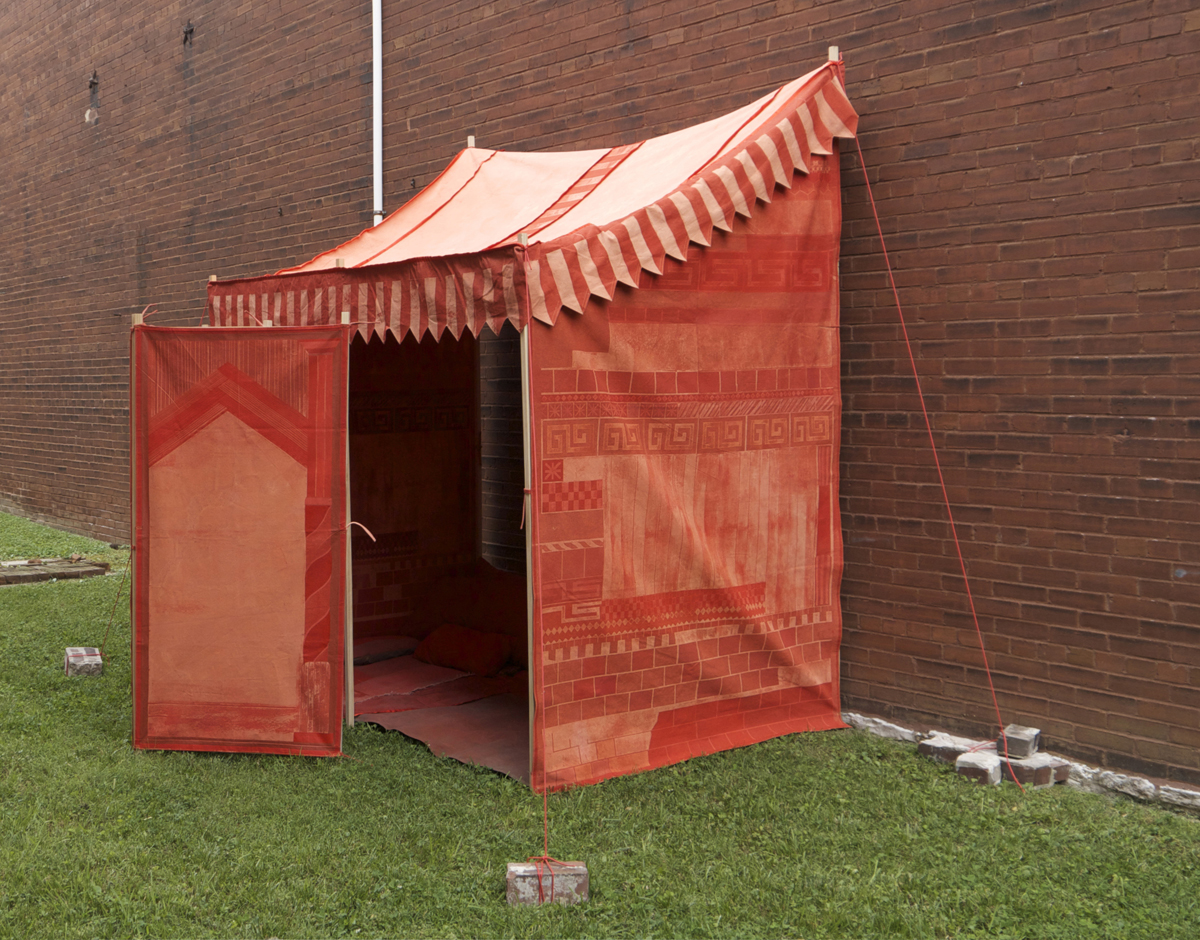 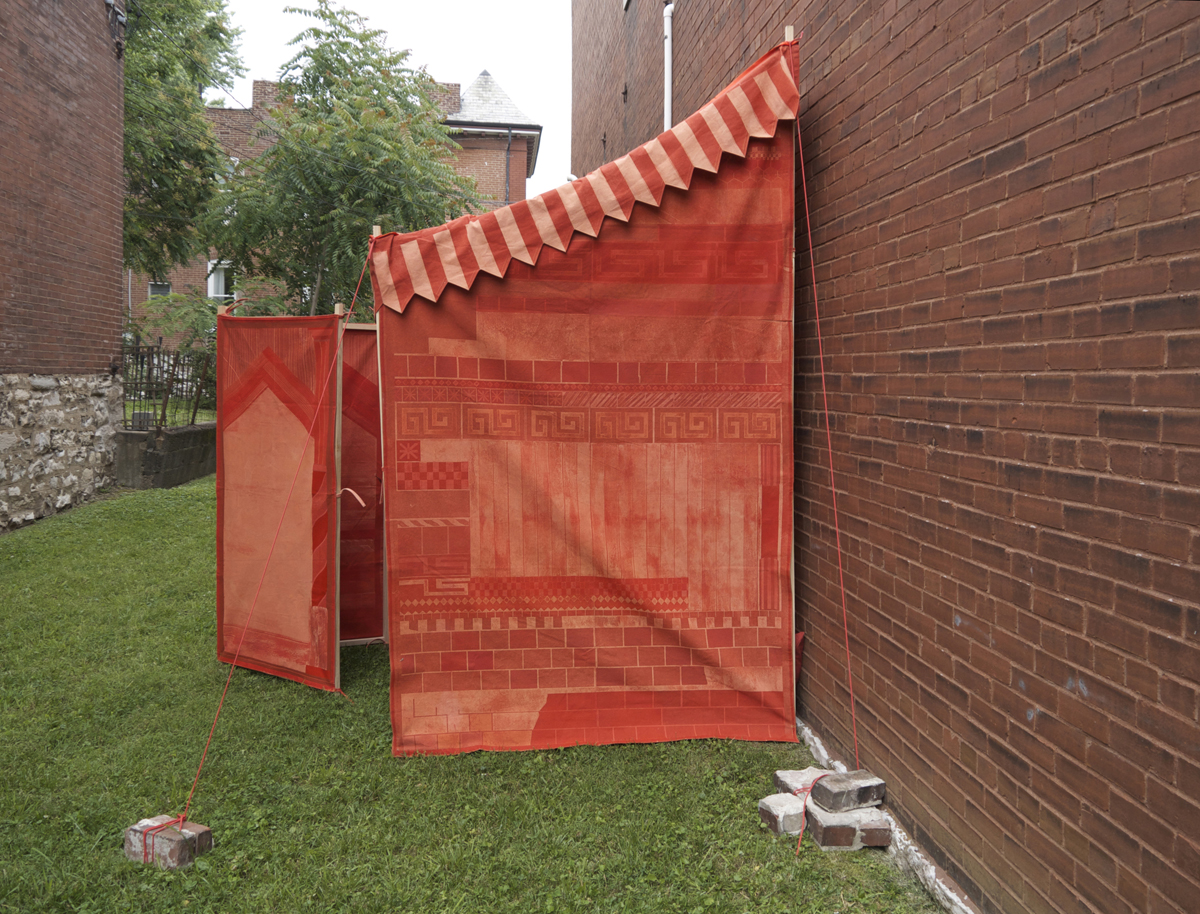 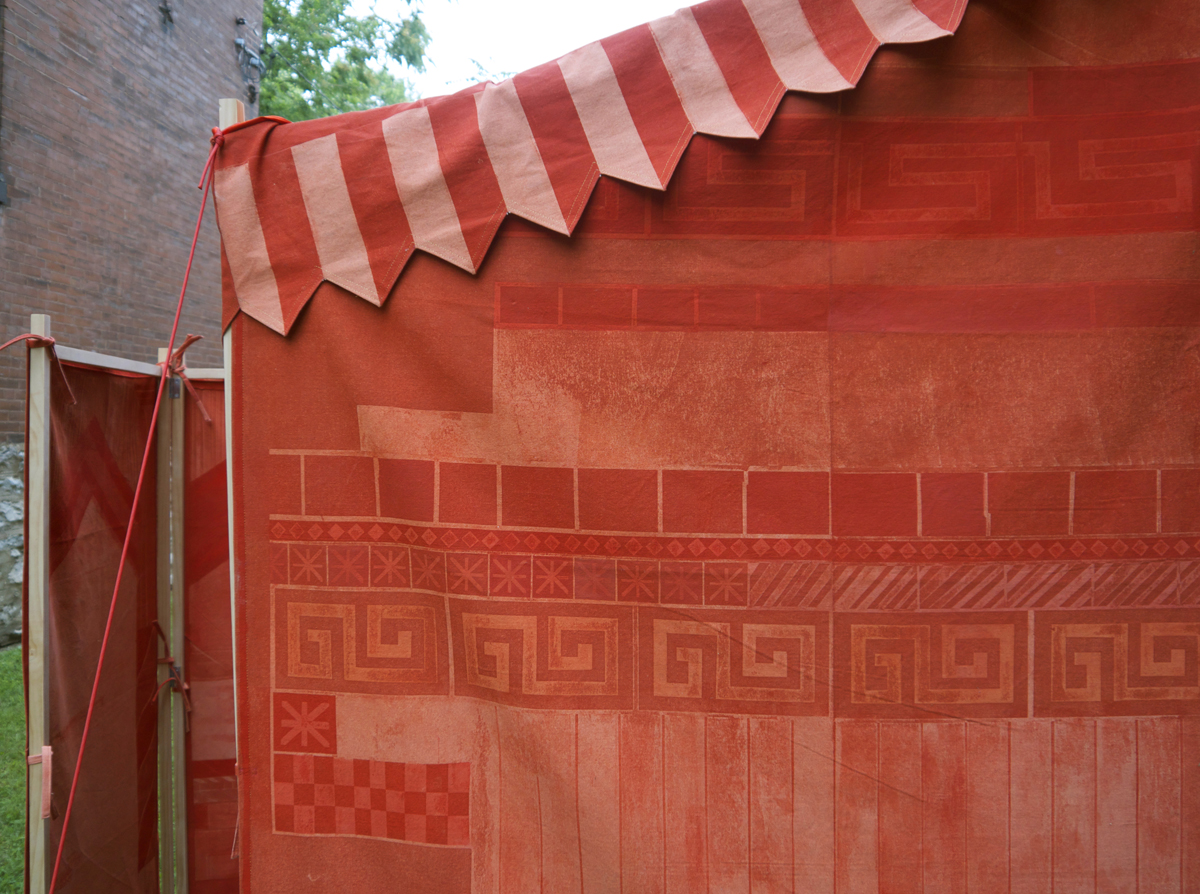 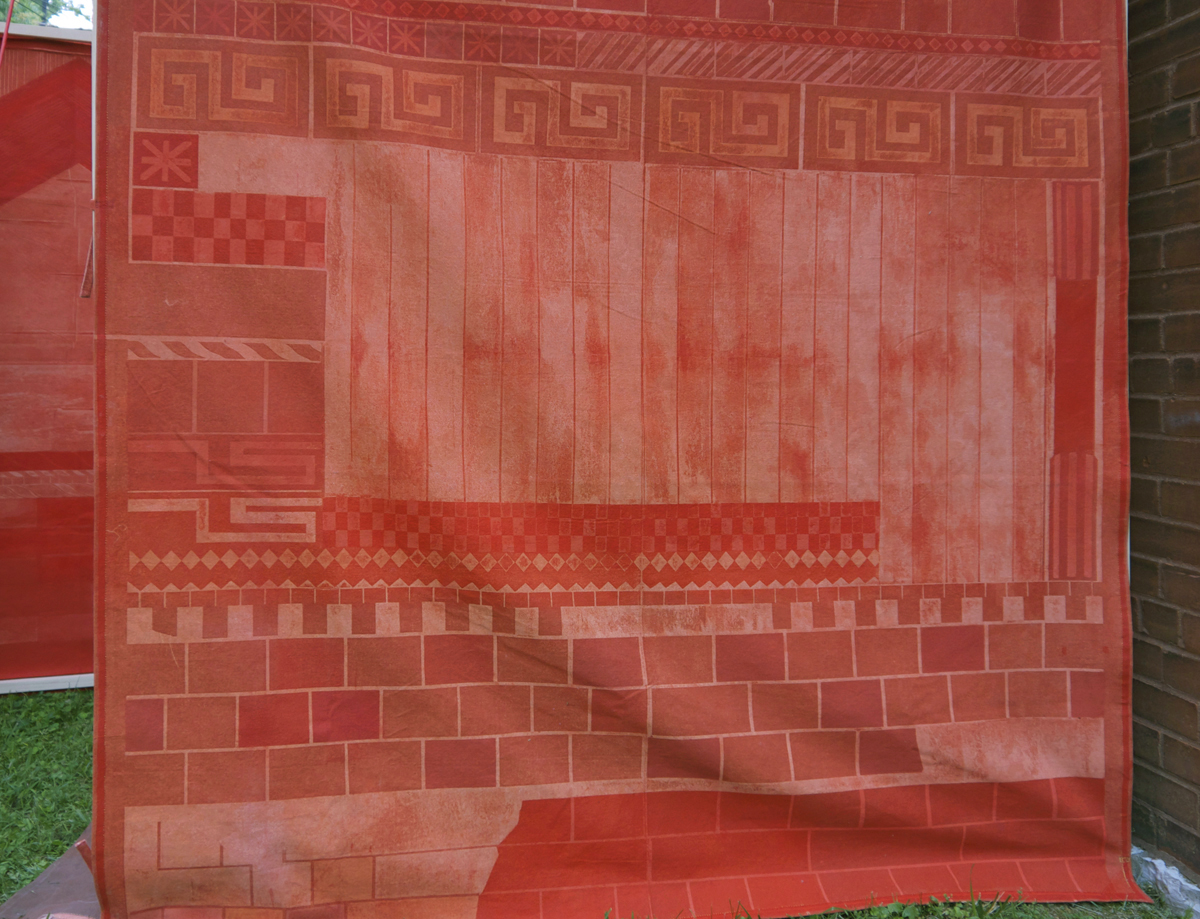 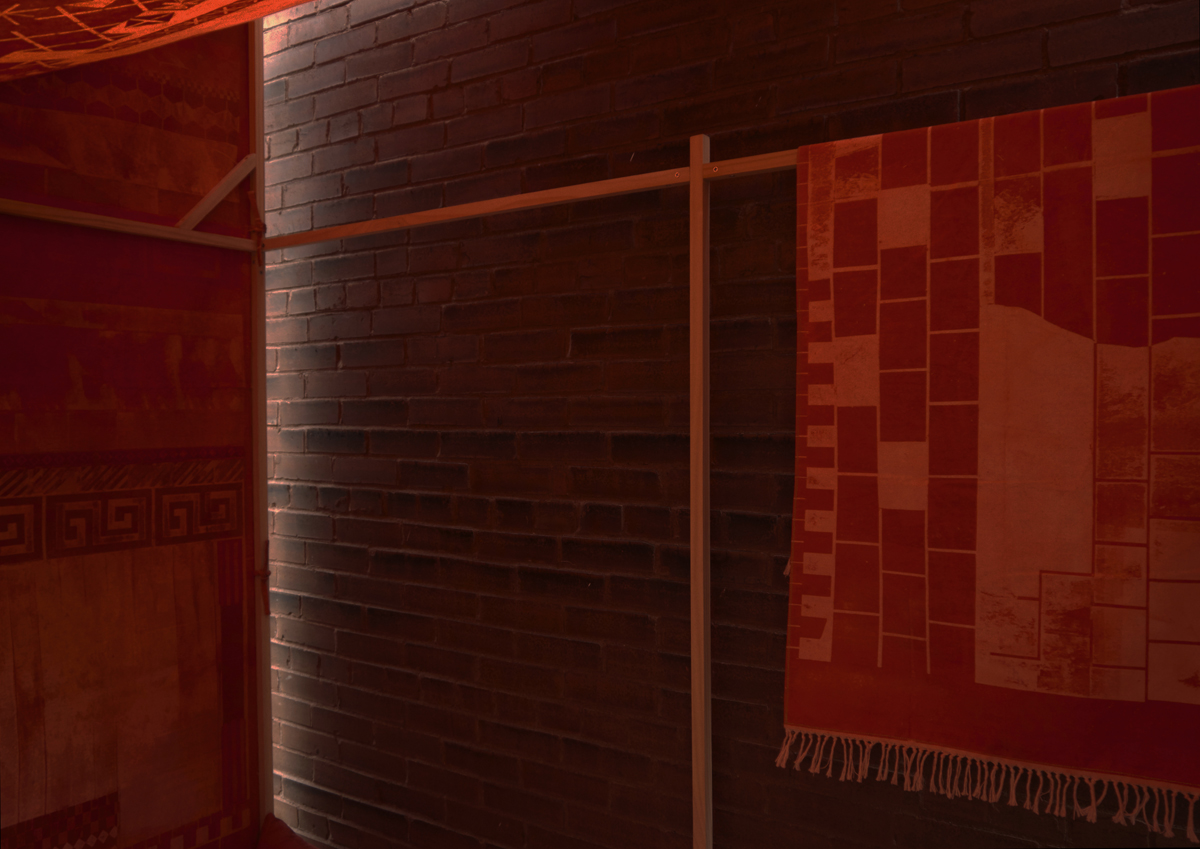 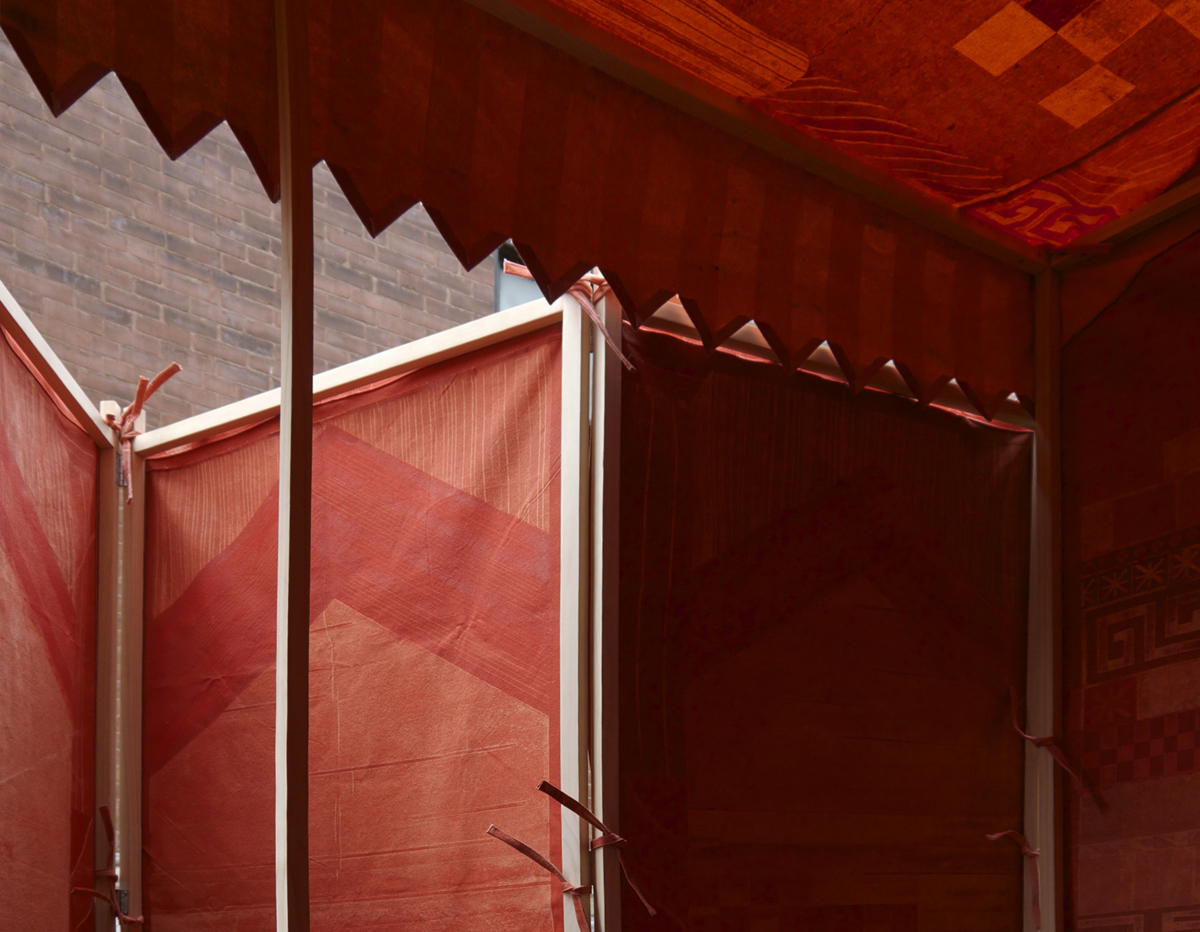 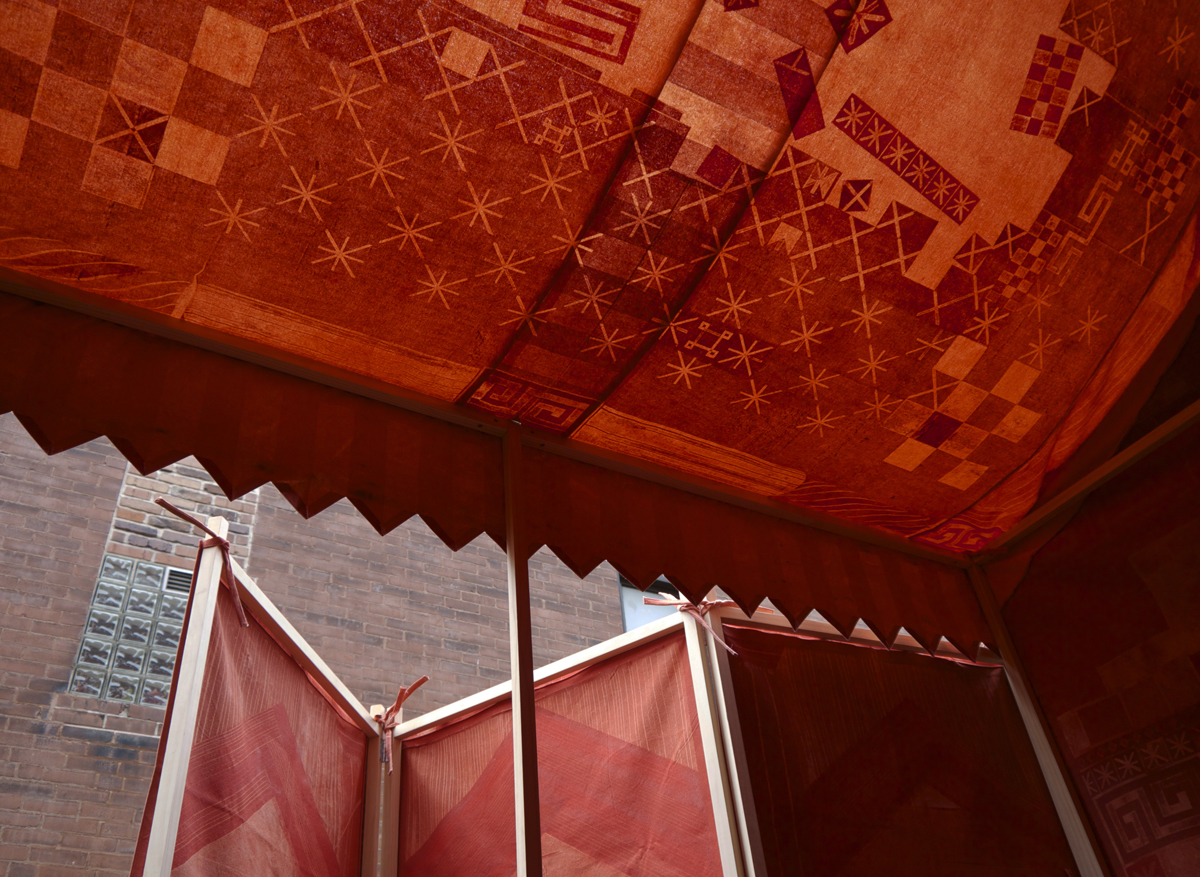 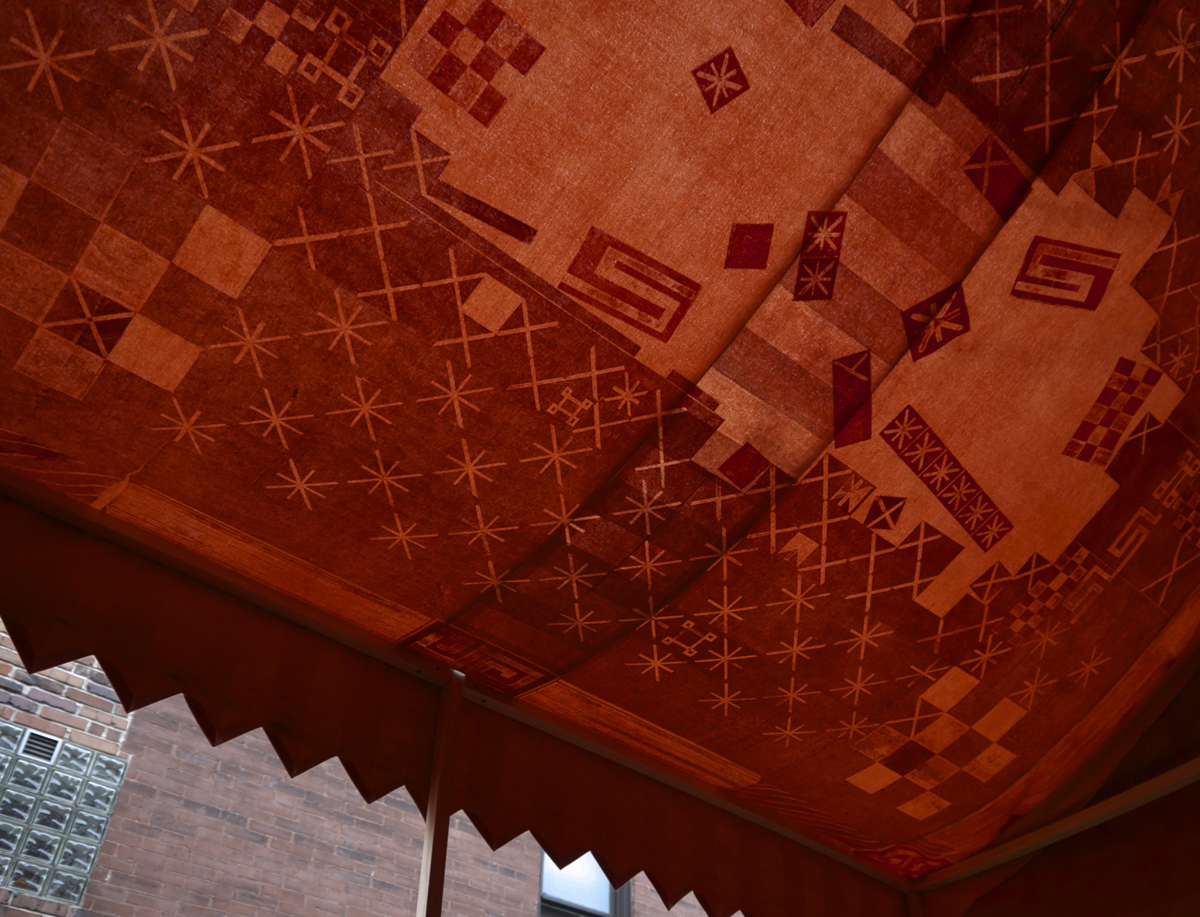 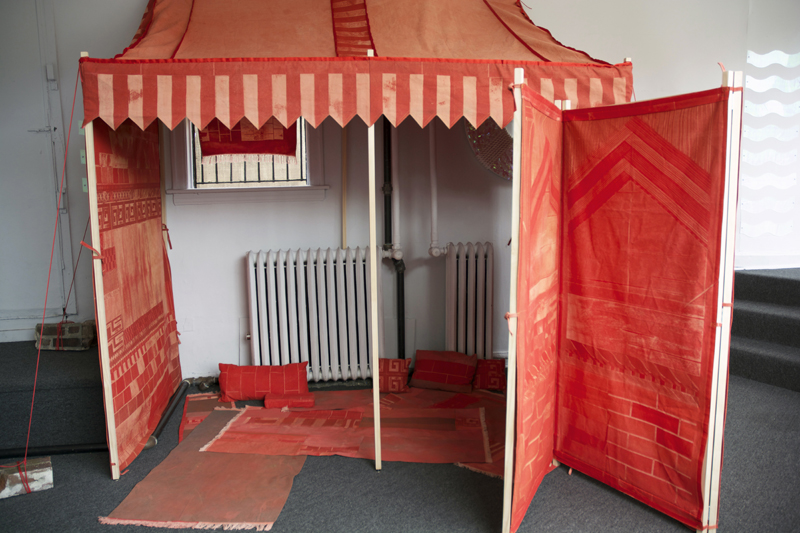 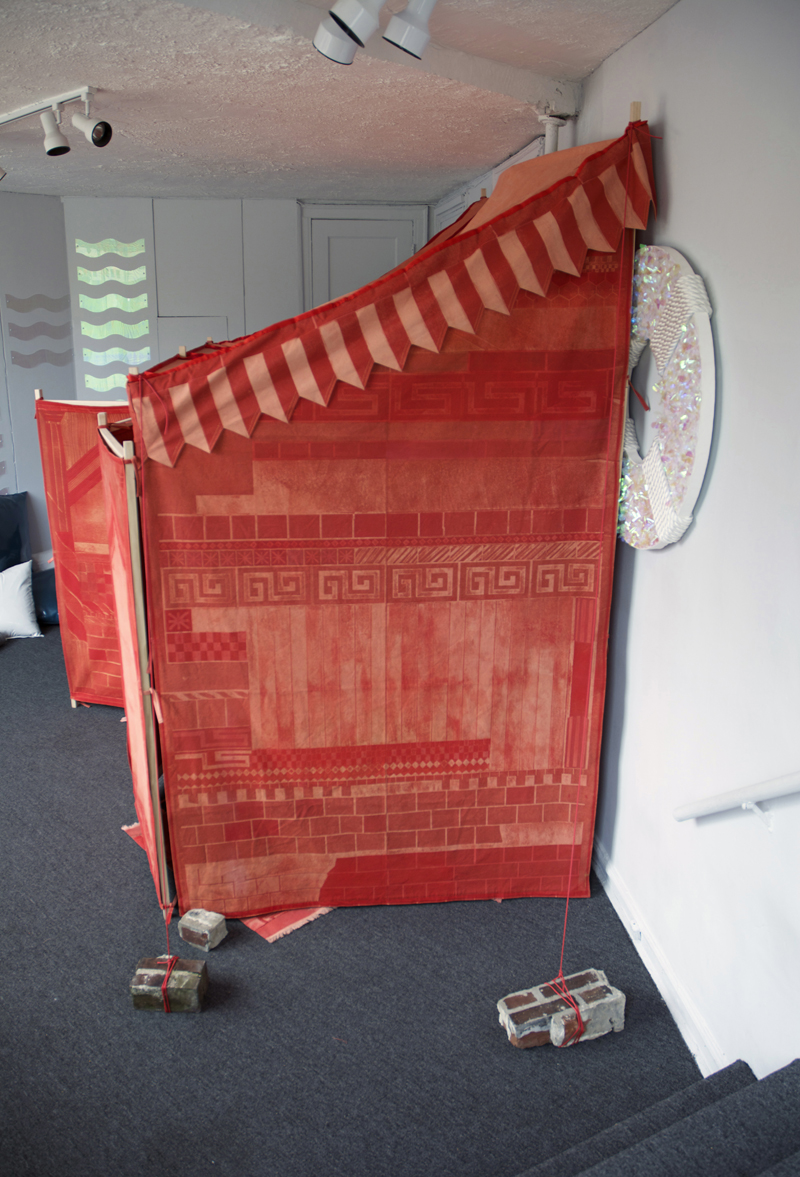 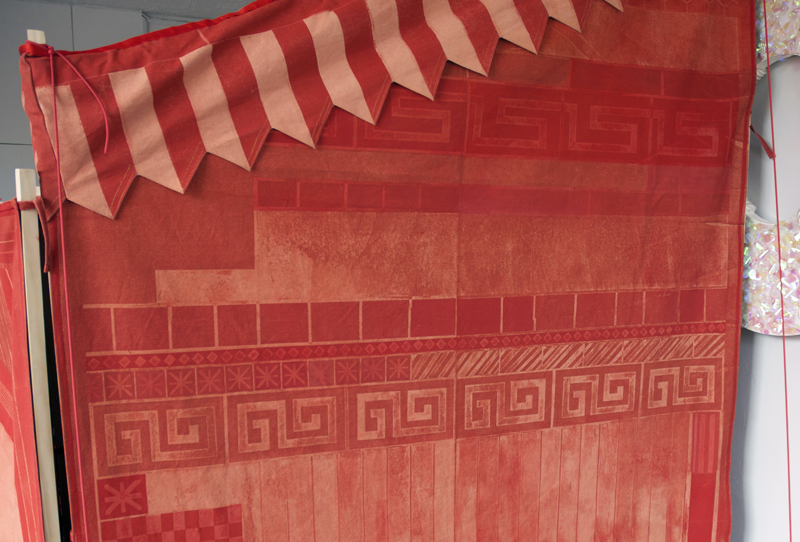 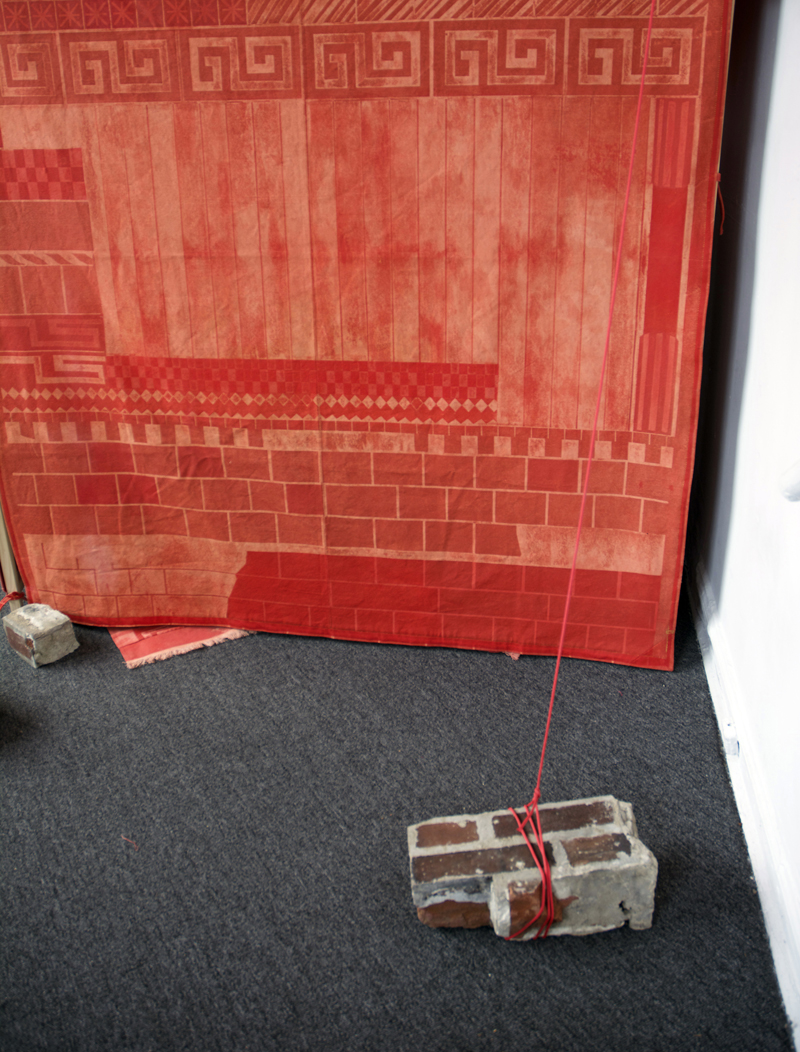 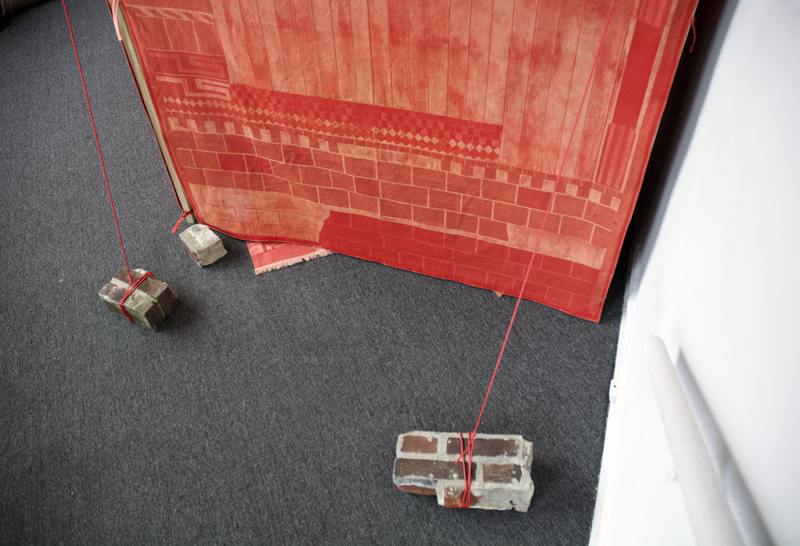 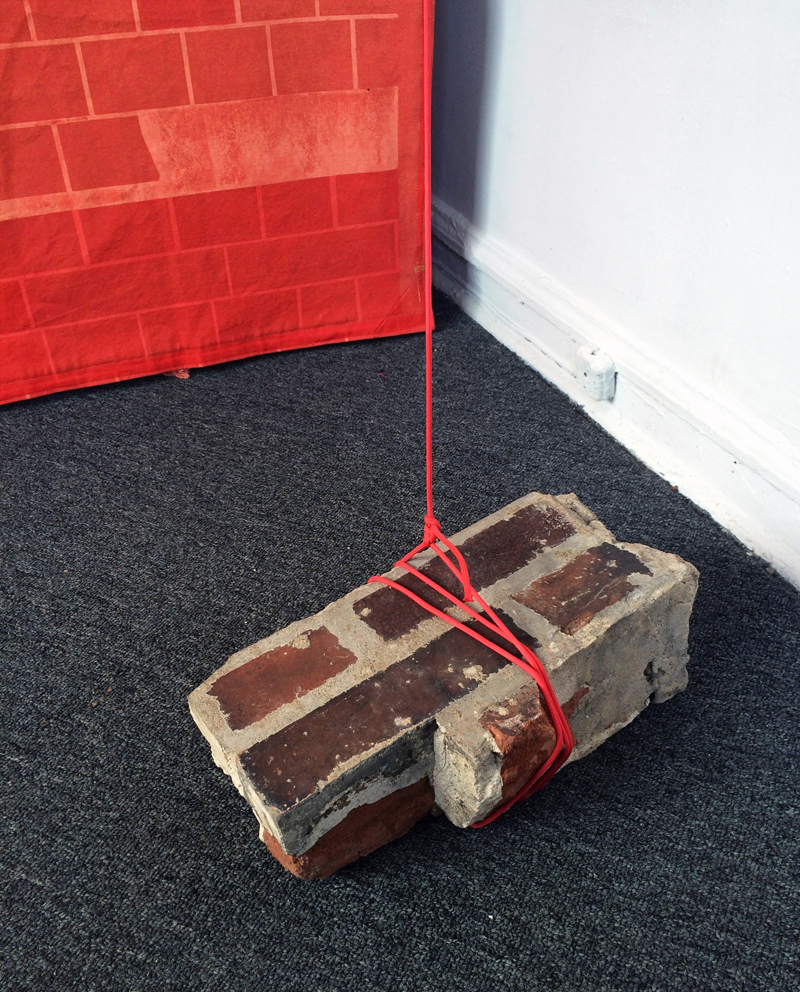 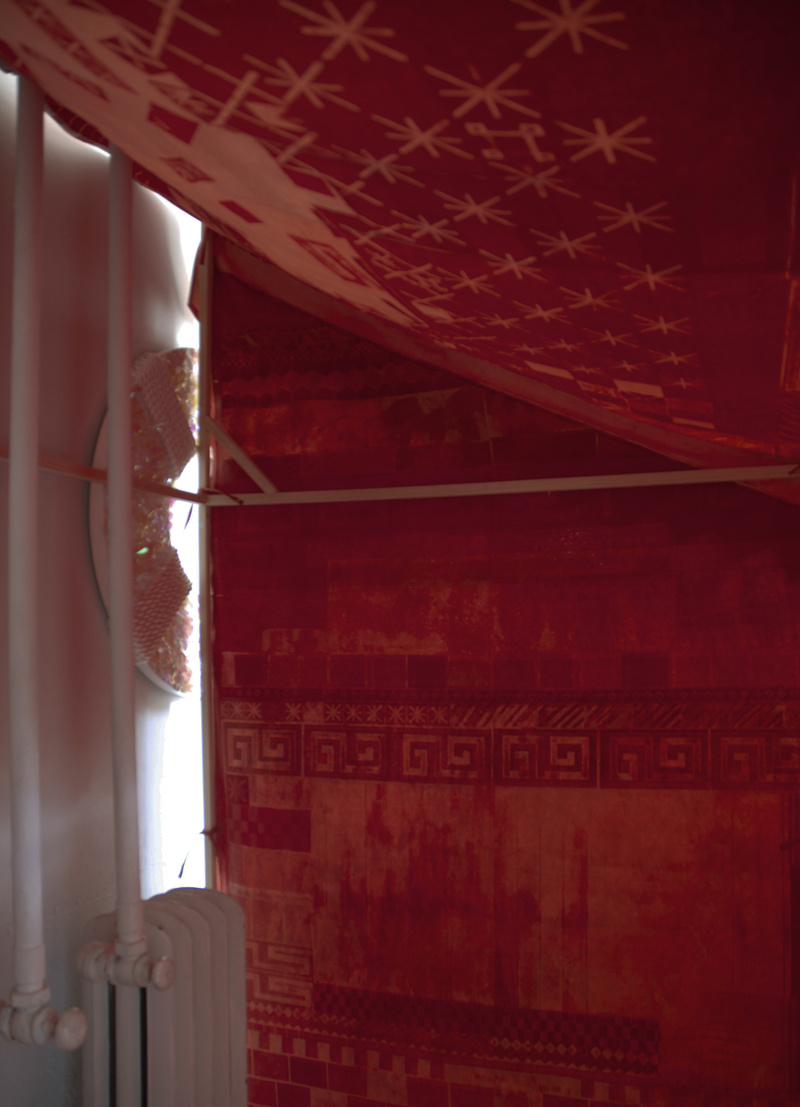 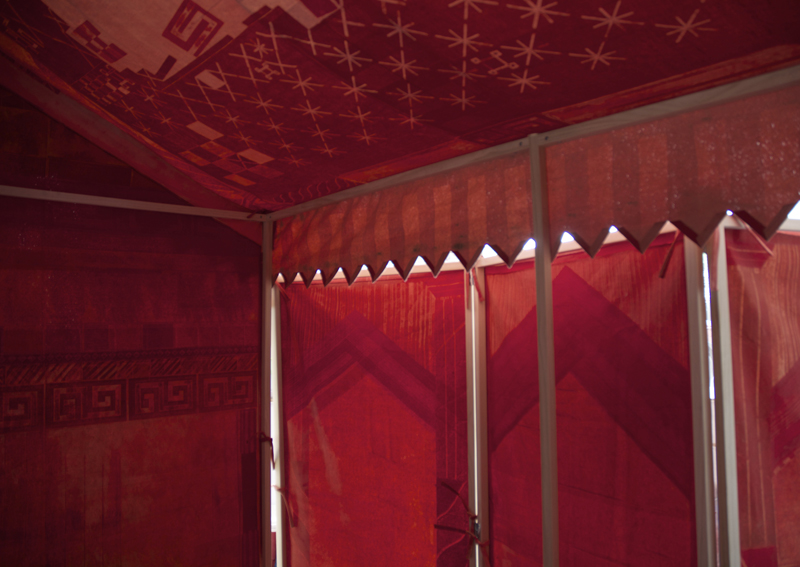 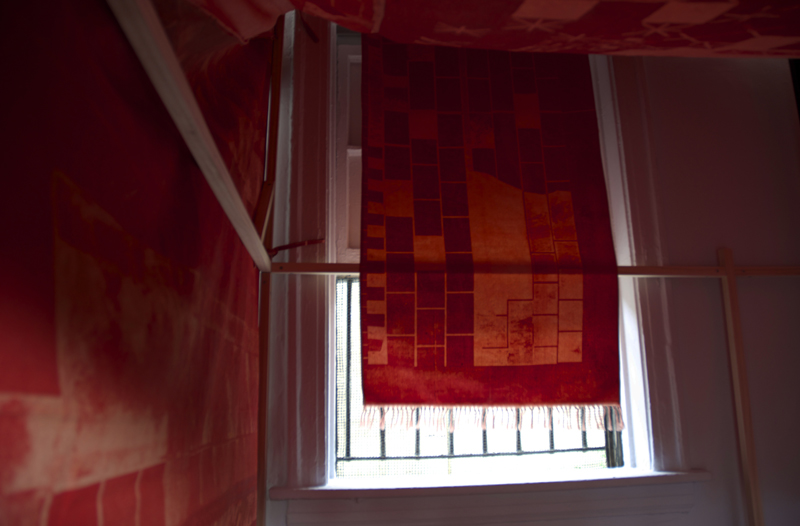 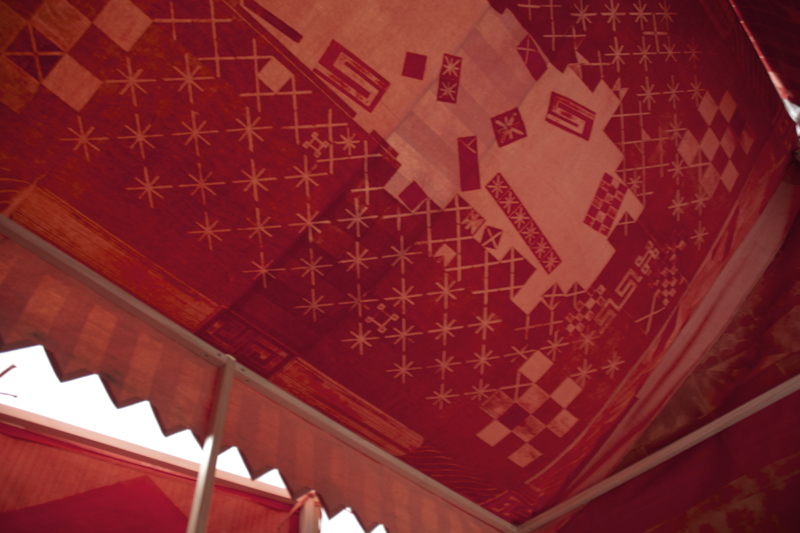